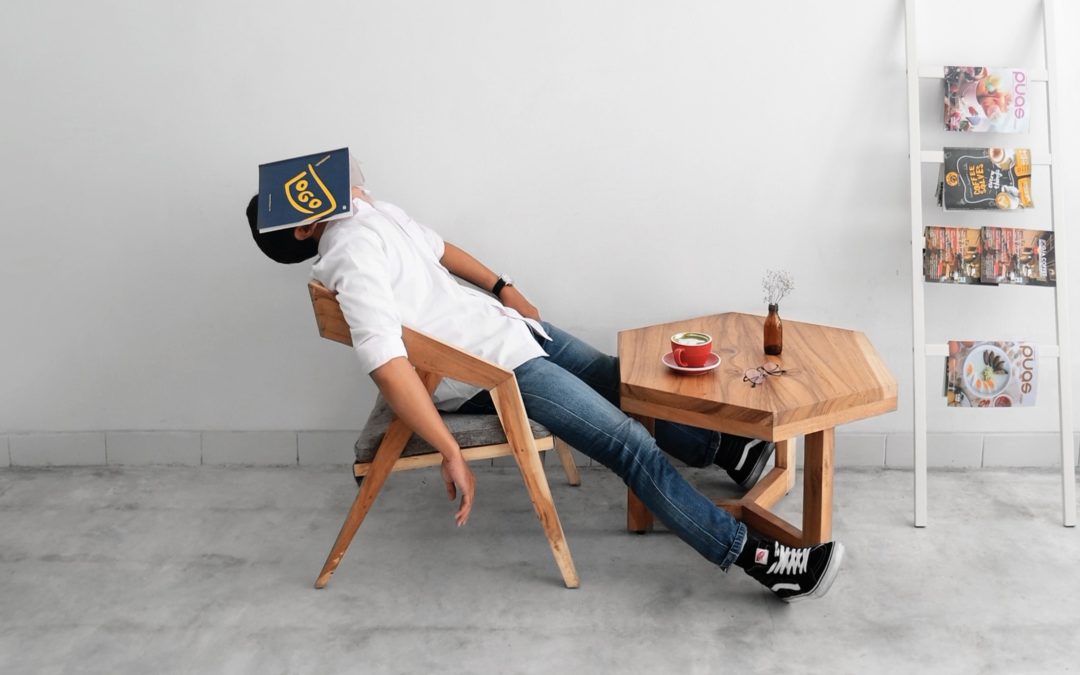 On Sleep Deprivation in Business: Why Shirking on Sleep is Bad for Your Organisation.

So, we’ve looked at why we sleep, and at the benefits it brings to our bodies and minds. If you have not been convinced already that you should turn off your computer and get into bed nice and early, this blog is about the effects of sleep deprivation. And, in particular, it’s about sleep deprivation in business.

Why is this a relevant topic for a blog like this? Because a lot of businesspeople think, as Arianna Huffington points out in her TED talk, that it is a badge of honour to sleep very little. A lot of us think that it is sort of cool. Or that it is a sign of an amazing work ethic and commitment. There are those that even boast about only needing six hours a night.

Don’t be one of these no-sleep show offs! A lack of sleep results in poor memory, lowered emotional intelligence, intermittent concentration, over-eating, and hormonal imbalances. That’s to name just a few. In fact, if sleep were a drug, it would be one of those ‘cannot-believe-it-cures-all’ wonder drugs.

Sleep deprivation WILL have a detrimental effect on your health and leadership. Full stop. If it is part of the culture in your business, then it won’t be long before you feel the effects there too.

Through your attitude to sleep, you set an example to all those that you lead and work with. The emails that you send at 11pm  will impact those around you and encourage them to do the same. However, fortunately, the reverse is also true. If you promote a positive attitude to rest and sleep in your organisation, your team will follow suit.

A Culture of Sleep Deprivation.

These days, we are all a little affected by the illness of sleep deprivation. We have, for decades if not centuries now, been developing technologies to stave off the darkness and prevent ourselves from sleeping. Think electric light bulbs, televisions, and now backlit electronic readers, smart phones, and computers. These things make it so easy for us to stay awake as long as we want, fuelled by the teas, coffees, and energy drinks that keep us alert.

This restriction on our sleep began to really become part of working culture during the Industrial Revolution. Factory owners wanted maximum productivity from their factories. Therefore, the workers had to adhere to strict shift patterns. And these were created from a need for productivity rather than a need for a healthy sleep pattern.

And I think our working practices have been ruled by productivity ever since. However, now in the era of connectivity and smartphones, we can continue to work on our commute, sofa and even bed! This is why the problem of sleep deprivation in business is ever-growing.

Add to this our FOMO on life outside of work and so we continually squeeze every minute of every hour each day – with sleep increasingly becoming the victim. Who’s heard the phrase ‘Ah, you can sleep plenty when your dead!’ in the last few months?

We are all guilty of it! We all glare at our smartphones late into the night, stay up watching TV past our bedtime.

But do you know the full consequences it will have tomorrow?

How Sleep Deprivation Affects You and Your Organisation.

Russell Foster, in the TED talk we discussed previously, had a few astonishing facts about sleep deprivation. 31% of drivers will fall asleep whilst driving at least once in their life. And, in the US alone, there are an annual hundred thousand road accidents due to tiredness (!!).

An alarming effect of chronic sleep deprivation is that the brain tries to recreate the physiological effect of sleep during the day, but in very short ‘micro-sleeps’. These are actual periods of sleep where your brain tries to complete some of the crucial restorative work, usually done during the night. So, you ARE unconscious during a micro sleep!

This is why they are so dangerous when you are behind the wheel. If they occur whilst driving a car at seventy miles an hour, in five seconds you could travel over 150 metres, completely unconscious! This is just one example. In Foster’s estimation, both the disasters at Chernobyl and of the Space Shuttle Challenger were due to the poor judgment associated with inadequate sleep too.

If this has happened to you – a micro-nap I mean, not being responsible for Chernobyl – this is a sure sign you are sleep deprived.

Sleep deprivation, first and foremost, affects your health – in an uncountable number of ways. Those people with insufficient sleep are fifty percent more likely to become obese. Sleep deprivation triggers an increase in the secretion of ghrelin, a hormone which stimulates the appetite, essentially making you crave carbohydrates. This is linked with other common diseases including diabetes and cardiovascular disease – to name a few.

Forgive me if it’s a little heavy, but let’s keep going.

An important function of sleep is the restorative functions that happen to the brain during our forty winks. It is estimated that the brain uses nearly 20% of your bodies resting calorie requirements. With all that energy there are waste products. During sleep, the brain is flooded with cerebral fluid which ‘cleanses’ the brain and removes waste products during the day. There is an increasing link being made between sleep deprivation and the risks of Alzheimer’s.

I’ve discussed elsewhere the effect that physiological factors have on your productivity. Sleep is absolutely crucial to this.

One of the scarier things about sleep deprivation is its impact upon your mental health. Not only does it aggravate stress and make you more irritable, but it also correlates with illnesses such as depression, schizophrenia, and bipolar disorder.

This is because, as Foster argues, mental illness and sleep are physically connected in the brain. When the genes that are responsible for normal sleep patterns mutate, the consequence is a greater proclivity to mental illness.

One of the most fascinating things about sleep deprivation is that it affects your levels of empathy. You are actually less able to both read emotion in and relate to others if you do not sleep well.

Dan Gartenberg argues that, given that sleep deprivation causes physical discomfort and in some cases pain (aches and headaches), these feelings blunt our ability to relate to others. Essentially, when we are tired and in a state of self-preservation, we are less resourced to help others. Add to that our irritability – and that little conflict at work can be that much harder to resolve.

Sleep deprivation in business doesn’t make for a hugely happy team. The problem is that, if you haven’t slept properly, you probably won’t care as much as you should!

Caffeine is the most widely available drug in the world. Eighty percent of us drink it every day. Nearly thirty percent are dependent upon it. But a lot of us don’t understand the harm that it can do. Apart from the effect it has on your body – your bowels, your heart, your fertility, and your blood pressure – it can also give you anxiety and jitters.

Now, we all know about caffeine and its stimulating effects. But it actually works by blocking the neurotransmitter adenosine’s receptors in the brain. Adenosine builds up throughout the day and once it reaches a certain threshold it sends a message to the brain that sleep is necessary, so that this and other waste products can be cleared.

So, I’m guessing you now realise what caffeine is doing. The levels of adenosine don’t drop; we just make our brain deaf to its ever-increasing alarm, which signals a need for sleep which we perceive as stimulation. As these levels continue to increase, your need for more and more ‘silence’ will increase, and so the vicious cycle continues!

The only real cure is consistent and sufficient amounts of good quality sleep! So maybe next time you reach for a coffee at 5pm, maybe think about getting an early night instead!

Look. Some of us really do just need to sleep less. However, many of us are just in a bad habit. Here are some tips to break that habit – and just get into bed.