A Fresh Face: How New Perspectives Can Help Your Business. 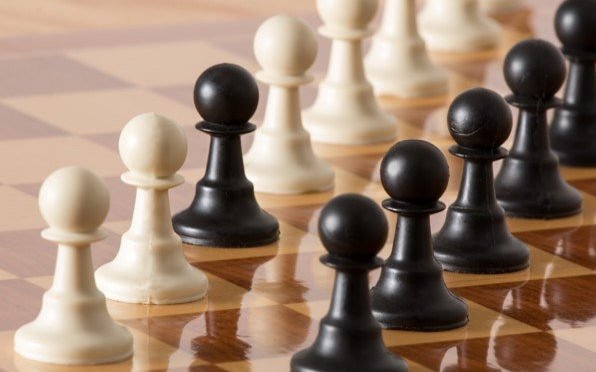 How New Perspectives Can Help Your Business.

A fresh face at the table helps the team. This knowledge is now science, thanks to Katherine W. Phillips, Katie A. Liljenquist, and Margaret A. Neale. These guys published a paper on their research into the benefits of diversity in group decision-making – and into the ways new perspectives can help your business.

Think about a new staff member joining an established team. That team’s worked together for years and know each other well. Yet, the newcomer in the group creates a slight bit of awkwardness.

According to the research of Phillips et al, this slight ‘ruffling of feathers’ brings better problem-solving abilities to the team as a whole. The introduction of the newcomer shifts long-standing alliances. It makes the group see each other differently. And, if the culture in the business is right, this introduction has an energising effect on the group’s dynamics. This is where the underappreciated magic happens.

“A lot of the research on newcomers has really specifically focused on the effect of newcomers as a source of new information,” Phillips says. “We know though that not all new ideas come from newcomers. Sometimes new ideas are sitting in the group already, just waiting for the right moment to come up.”

This distinction is important. Why? Because we used to think that the fresh face just brings new ideas and perspectives. This is true. But what we didn’t fully understand was their impact on the human relationships in the group. That involvement changes the established structure of human relationships. Not only do they introduce new ideas, but their presence can actually ‘activate’ new ideas and innovations from within the original team.

And that’s how new perspectives can help your business too.

The Benefits of Diversity

We already know that diversity brings wonders to the workplace. Yet, it doesn’t just help the team as a whole. Every individual benefits in that team too. The experiences, positions, and stories of others help us grow as individuals. They help us to learn and see the world in all its breadth and difference.

As I explained in a previous article on age diversity, the advantages of one-to-one learning schemes and knowledge-sharing programmes – in which those with different experiences and skills learn from each other – are hugely effective. It shifts the focus and responsibility away from the founders or managers to educate and develop the team. Instead, the team enriches and nurtures itself.

The Research: How a Fresh Face Can Shake Up Your Team.

Phillips, Liljenquist, and Neale wanted to know precisely why diversity has such a benefit for your business. So, they set up an experiment to find out.

Their research, published in the Personality and Social Psychology Bulletin, split people into groups of four. Three members always knew each other (the ‘old-timers’). They were always from the same sorority or fraternity – i.e. they knew each other and were ‘allies’. A fourth person was then introduced, either a person from the same sorority or fraternity (an ‘in-group’) or someone who was unknown to the other three members (an ‘out-group’).

Each group had to perform a task that was something like a form of Murder Mystery. Before splitting off, each individual had to read a set of police interviews, written by a detective, and come to their own decision as to who the murderer was. They would then be given twenty minutes to discuss in groups and come to a consensus on whom they thought to be the murderer.

In the groups, the three had a discussion before the fourth participant joined in. The groups were also interviewed afterwards to determine their confidence in their answer and comfort levels during the group discussion.

Whilst the homogeneous groups felt themselves to be more comfortable, the research suggests that they were much less able to air disagreement. Whilst they were confident that they had the right answer, often everyone in the group did not actually think the answer was the correct one.

Dominant personalities and alliances caused new ideas and suggestions to be squashed. These groups under-performed when compared to the diverse groups. They thought they did better. But, in reality, they didn’t.

According to the researchers, the ‘out-group’ newcomers disrupted these alliances in their respective groups and redirected the flow of information more equally. The task became the focus – not the maintenance of alliances. The social interactions, patterns, and habits changed with the arrival of a new face, and these changes shook up different ideas that were lying beneath the surface of the ‘old-timers’.

Whilst reporting much lower confidence in their decisions, the groups with out-group newcomers guessed the correct murder suspect with far greater frequency. In-group newcomers, meanwhile, hindered the groups’ accuracy – despite being much more confident.

Homogeneity can hamper the exchange of different ideas and stifle the intellectual workout that stems from disagreements and discussions. “Generally speaking, people would prefer to spend time with others who agree with them rather than disagree with them…” Phillips explains.

Why You Should Care about New Perspectives in Your Business.

In diverse settings, people tend to view conversations as a potential source of conflict. A source of conflict that can breed negative emotions and push them outside their comfort zone. Unfortunately, it is these emotions that prevent people exploring diversity’s upsides – even when diverse groups seem to perform better.

Yet, conversations with someone unknown can be hugely powerful.

They are disruptive to our normal ‘train of thought’. Unfamiliar people might disagree with you – they may ‘ruffle feathers’ – but that creates an ‘intellectual workout’ which enables new ideas to emerge.

New perspectives don’t just bring new ideas. Their very presence encourages creativity and develops communication and problem-solving among everyone in the team.

Bring in an Unfamiliar Face

As a consultant, I see this change happen frequently. Facilitated discussions can help solve some of the problems you are experiencing in your business. Just like the experiment, these ‘disruptive’ discussions can shake up the homogeneity of your business. They can cut through those alliances and activate powerful problem-solvers within your team – simply by changing the social dynamic.

90% of the time the solutions that your business needs already lie within your business. They are already there in the minds of your team. All you need are the right kinds of conversations to activate their development. That is what I can do.

That transformative ‘intellectual workout’ which enables new ideas to surface can get your team fired up to look at things a little differently. Sometimes all you need to do is throw an unfamiliar face into the mix.