What a Farming Technique Can Teach You about Change. 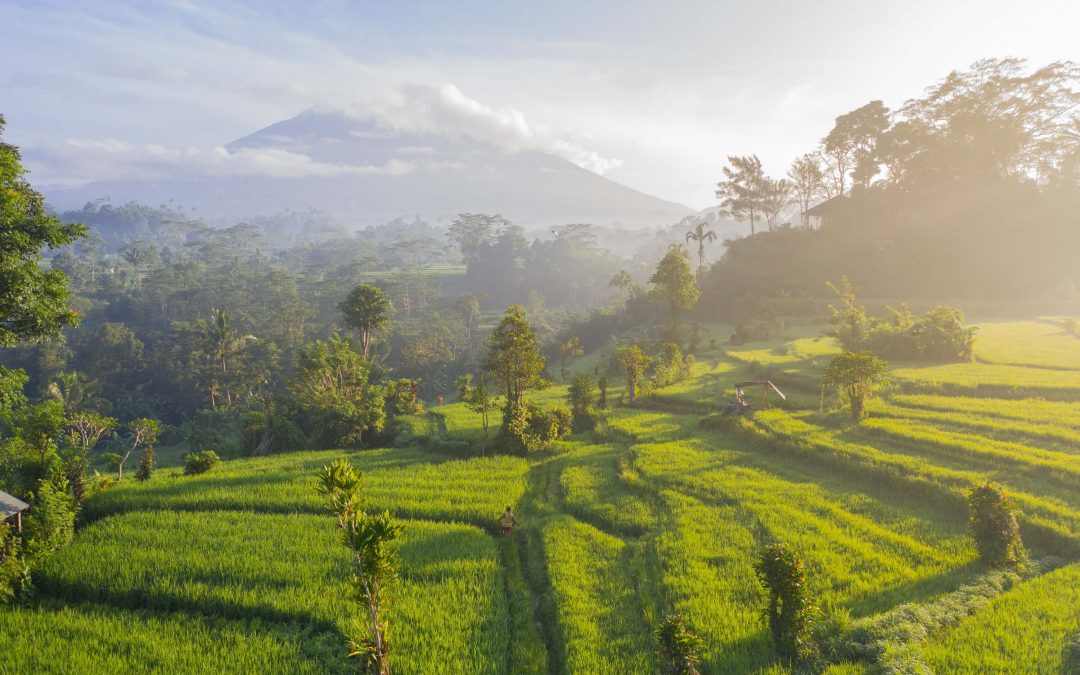 Cultivate the Ground for Sustainable Change.

Today, I want to talk about farming – and what we can learn from the principles and techniques of the Japanese farmer, Masanobu Fukuoka.

Bear with me. It’s maybe a little wacky, but it’s worth it.

Fukuoka was a Japanese farmer who became known, throughout the last few decades, for his unique philosophy of natural farming. His farming philosophy – known now as ‘Do Nothing’ farming – was all about cultivating, in his fields, a self-fertilising environment in which lots of different crops were mutually supporting and dependent.

One crop he grew would nicely set up the chemical and organic conditions for the next crop, which in turn would cultivate the ground perfectly for the next crop in the annual cycle. Each step along the way would lay the ground for the next – in a system that took next to no work, but that produced incredible results.

Here’s the point: Fukuoka’s technique is the perfect metaphor. When making a change in life or in your business, let each step cultivate an environment to make change easier – and the next change, and the one after that. This practice is part of what I teach my clients. And it is only this that prevents us from going full New Year’s Resolution syndrome, in which we give ourselves to much to do – and end up doing nothing at all.

This is my theory of consistency in a nutshell. Rather than fighting with yourself in change, make change easier – and let it become a thriving, productive process.

Fukuoka became, not entirely intentionally, a bit of a guru in the field of lifestyle philosophy. When he died in 2008, he’d ended up selling hundreds of thousands of copies of books and being the star of a number of documentaries.

Yet, he started off as a farmer and agricultural researcher. And, as the story goes – as told by Janine Benyus in her wonderful book, Biomimicry – he was one day walking along a path and saw a rice plant growing in a ditch. This wouldn’t be a particularly interesting story if that was all. Rather, he saw that this rice plant was growing much earlier – and much quicker – than its cousins in the field.

His realisation was that, maybe, the modern agricultural system that forces nature into its mold wasn’t actually that effective. Looking at this plant in the ditch, Fukuoka instead became aware of a different, more effective, method of cultivation.

One that relied on a natural, supportive environment. One that could make change easier with the seasons and with the requirements of different plants.

The System (in Brief).

Fast forward thirty years – thirty years he spent painstakingly refining this technique – at which point he had created a system of four crops in fields that now had the highest yield in all of Japan.

Every October, in his rice fields, he’d sow clover seeds. Shortly afterwards, he’d sow rye and barley. The rice would be ready to harvest, and, as it was being picked, the clover would grow through. This clover would keep the nitrogen levels of the soil high and prevent weeds growing – the perfect conditions for the rye and barley to grow optimally. Harvesting the barley and rye, he’d throw rice back onto the field.

In the same field, then, Fukuoka could have a different crop growing at all times of the year – in a system in which each crop would create the ideal environment for the next new crop.

And the best thing about it? Fukuoka had to do a lot less work than all the farmers in the surrounding fields – who were endlessly ploughing and sowing and draining, preparing for the change of the season and crop.

With his own system, on the other hand, Fukuoka let each change prepare for the next one. His sequential method mad the adoption of change easy peasy – and would make change easier in the future.

Laying the Ground for Change.

I love this story so much. Because, firstly, it shows that engaging with change – and being hugely productive in change – need not be laborious, nor painful, nor exhausting.

Rather, as we have discussed before, each change can be the starting point and assistant of the next change you want to make. Instead of a complete, violent overhaul of a system in which change is to take place – whether this system is your life, or your team at work – adopt an approach which works for that system.

Adopt an approach which allows that system to thrive in the change that it wants to make. And to thrive in change per se.

Adapting to a changing world does not need to be laborious. You just need to cultivate an environment that encourages that change.

Learn more about HOW to make change happen, with the HOW Skill Set.